He was honored with a first article in the famous magazine MIT Technology Review for his exceptional talent. Developed by a team from the equally prestigious Berkeley University in California, DexNet 2.0 is a particularly clever robot capable of capturing 99% of everyday objects thanks to deep learning.

Robotics is experiencing a real breakthrough that could soon be reflected in the production or packaging lines of any company. Last May, a team from the University of Berkeley in California, with the help of Siemens, presented DexNet 2.0 This robot has the particularity of being able to capture 99% of everyday objects that would present unusual shapes or contours.

DexNet 2.0, a neural network convulotional and muscular to deep learning

To achieve such a feat, academics who have worked on the subject have used deep learning techniques using a GTX 1080 GPU and cuDNN with the open source library TensorFlow created by Google. And so DexNet 2.0 began a virtual training, having fun building up its convolutional neural network by finding "robust" holds on thousands of 3D objects synthesized by more than 6.7 million points.

The training carried out, DexNet 2.0 was then challenged by its creators to succeed in capturing objects that were hitherto unaccounted for. In 99% of the cases, the bot was therefore able to meet observers' expectations and lift the object requested. Its neural network, connected to a 3D sensor and a robotic arm, has always proceeded in the same way. He first studied the shape of the new object, then searched for correspondences with the 3D objects he had previously observed, and finally selected the best way to lift the one under his sensor. 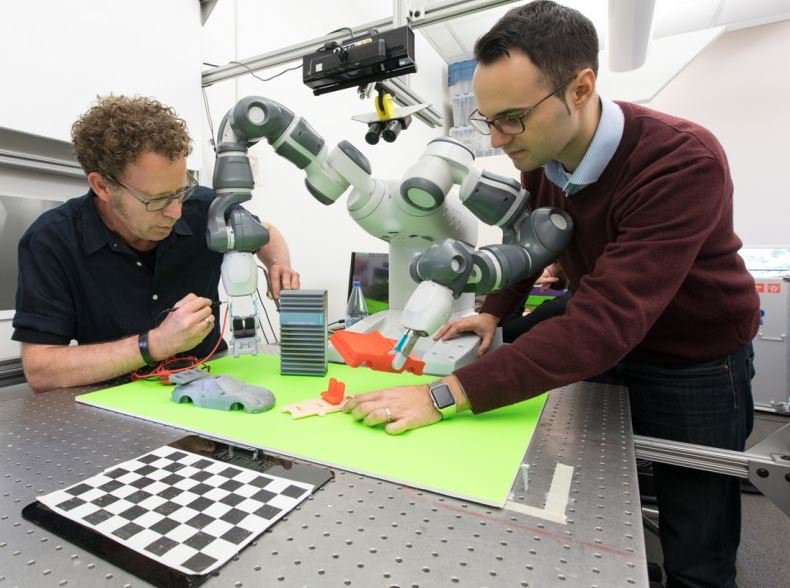 DexNet has already had its hour of glory with the publication of an article in the MIT Technology Review, awaiting the publication of an exhaustive document in July. But its applications could already be numerous, in various fields such as health, construction, personal services or logistics. However, on the condition that it improves its speed of execution (however already three times faster than its predecessor, according to researcher Jeff Mahler), the only small but significant drawback, for today's industrial application.