World Cup: The failure of Artificial Intelligence and Algorithms

Sunday, France defeated Croatia (4-2) in the 2018 World Cup final. A poster and a result that no algorithm or Artificial Intelligence has been able to predict.

We're not gonna lie to each other. The 2018 World Cup final and the result between France and Croatia (4-2), scheduled last sunday in Moscow, were difficult to predict. The opposition was even totally unexpected with a neophyte selection at this stage of the competition. Artificial Intelligence and the various algorithms that attempted to unravel the mystery before the competition began also all failed to predict such opposition. Some in larger widths than others...

Artificial Intelligence and algorithms at the edge of offside

Before the kick-off of the last match of the quadrennial event and the victory of Les Bleus, city.forecasting.ai drew up a more than contrasted assessment of the predictions emitted by the algorithms. Only two of the contenders clearly predicted a final victory for Les Bleus and, therefore, their status as finalists a minima. But none of them saw Croatia coming to the final and imagined that Luka Modric's team-mates could therefore lift the precious trophy.


Many, however, were willing to play the game and tried to apply their algorithm to this test. Electronics Arts, via Fifa 18, Football Manager, for football specialists, UBS, Goldmann Sachs, for financial professionals, not a single one has hit the mark! Of course, some algos have done worse than others. It is therefore time to lift the veil and announce the winners of this competition at the edge of the green rectangle. 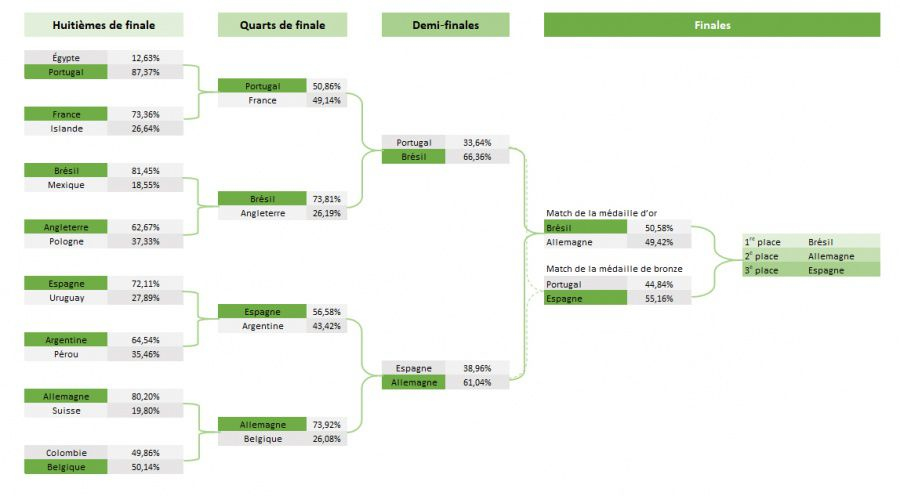 Having been eliminated in the first round of predictions, Microsoft and its IA Cortana were already betting on a final between... Brazil and Germany. Double miss! The Brazilians were defeated by the Belgians in the quarter-finals, while the Nationalmannschaft were unable to reach the first round of the World Cup, a first in their history. And Spain? Russia, the host nation, were beaten in the Round of 16 after extra time and a penalty shoot-out. France, on the other hand, should not have seen the semi-finals. Croats? Do not go through the first round. How long ago it was when Cortana had crowned Germany before the time of the 2014 World Cup...

The investment bank Goldmann Sachs also tried it. Would his algorithm work better to find the identity of the world champion than to anticipate the subprime crisis in 2008? There, the Tricolores reached the last four, beaten by the future Brazilian world champions... Still no! Germany are still a finalist after dominating Portugal in the other half of the draw. And to think that the company simulated a million scenarios to achieve such a result...

The Swiss bank UBS was less ambitious with "only" 10,000 simulations. Have the economic prediction computer programs she usually uses produced a more relevant result? The answer is still no with a 24% chance of victory for Germany, against 20% for Brazil, 16.1% for Spain, 8.5% for England, 7.3% for France and 0.2% for Croatia. Italy (yes, yes, Italy) was even, according to the algo used, eighth of finalist.


The banks and their algorithms of economic prediction out of the shot, so we went to see specialists, amateurs or professionals of the round ball. In Switzerland, the Centre international d'étude du sport has run its little algorithm to announce the favourites for the world title. Spain, who did not reach the Round of 16, had to win a second world crown ahead of Brazil and... France ! Placed, but not a winner. Croats, on the other hand, are always absent subscribers. What discriminating criteria did the algorithm take into account? First, the league playing time of the 23 players who participated in the greatest number of qualifying matches with their respective teams. Then, the level of the clubs in which all these players evolve according to the level of their respective championship, the participation or not in a continental competition, their results and their prize list. These two criteria were apparently not enough for the to find the identity of the next winner.

In France, Opta has been active in the football statistics market for several years. The database on the subject became consistent as the slightest national meeting was observed. The tournament was simulated 100 times, the algorithm was fed with data on the history of world cups, performances and recent selection results. Here again, and despite a certain expertise, the result is disappointing (see above). 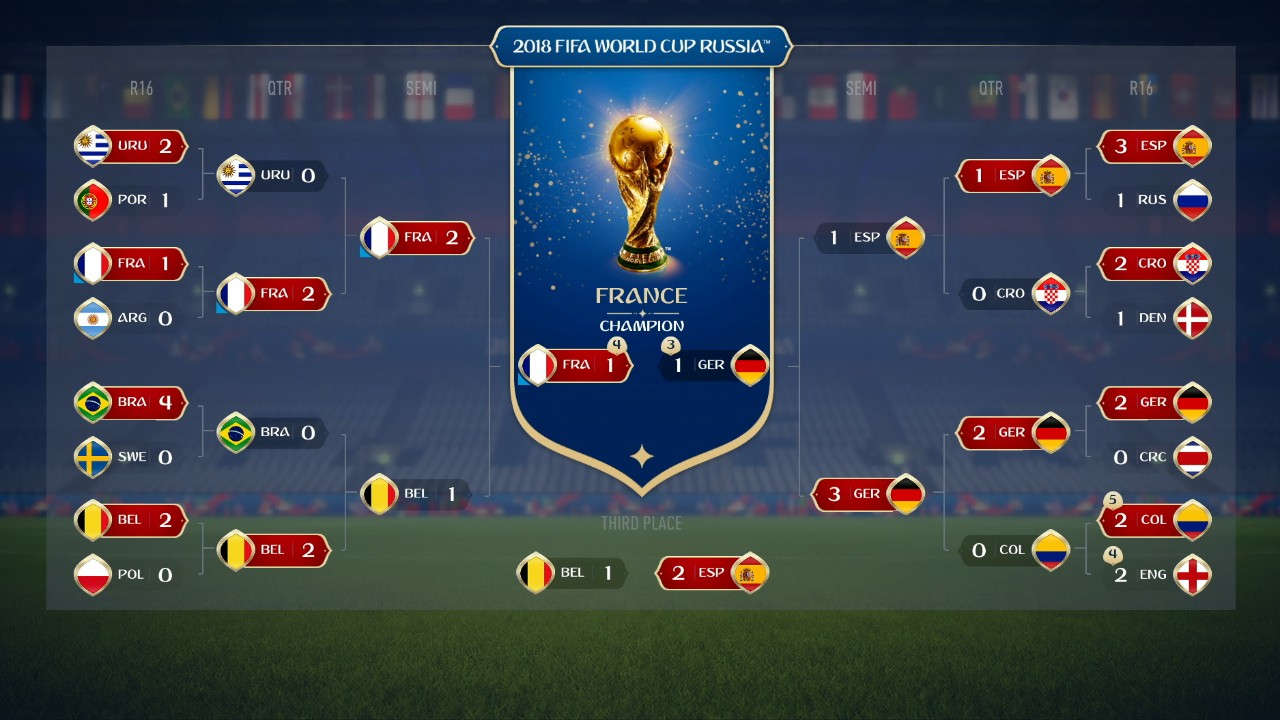 Those who do best are finally Electronic Arts and Sports Interactive, references in the world of video games. The first company publishes the inevitable Fifa 18, the ultimate simulation for all football lovers on PC, Mac and consoles. The latter develop Football Manager that allows you on any machine to become a coach or coach. EA Sports and Interactive Sports had found the future winner of the World Cup in Russia with their respective . In any case, their predictions are the closest to reality with France in the final, against Germany for EA Sports, against Argentina for the British studio. For Fifa lovers, Croatia stopped at the quarter-final stage, which the Spaniards stopped. In the last 16 against Les Bleus pour Sports Interactive, Sega's subsidiary.

Artificial Intelligence still far from the reality on the ground

As you will have understood, even the most trained AIs or those closest to the result have not managed to find the exact final. The human factor in some cases is also very difficult to integrate into the learning of a machine. "The model does not include any specific information on any player as we do not yet know the composition of the tournament teams. If Messi were to get injured tomorrow, Argentina's chances of winning the World Cup would be significantly reduced, but our model wouldn't incorporate that until Argentina stopped playing matches and suffered from Messi's absence," Opta said in a press release on its World Cup prediction model.

On Sunday, France and Croatia entered to play the final 90 minutes of the competition, their competition. At the end? A world title that would propel the players of French Team to the rank of national heroes. A cruel disillusionment for Modric's partners despite everything celebrated as it should be when they return home. What algorithm could have taken into account, and to its right extent, the stress of a 19-year-old player in front of the objective of a life? Did he feel any wings growing? Did he have heavy, shaky legs? What percentage of his abilities did he play? What Artificial Intelligence could also have taken into account a player's injury, replacement, exclusion or refereeing error? None. No doubt the glorious uncertainty of sport, some would say.